Latest cars for wrecking are at the top of page. These Proton vehicles are for wrecking only. Photographs taken upon arrival and are not updated. 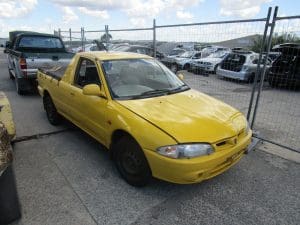 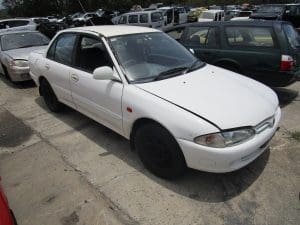 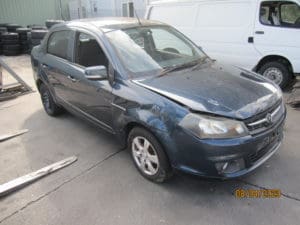 Proton was conceived by the Prime Minister of Malaysia in 1983 with the mission of building a national car. That car was the Proton Saga. 20 years later, a new state-of-the-art production plant was built in central Malaysia, and the surrounding land was named Proton City. Here the plant produced over 250 million cars per year. Today Proton is an internationally recognised manufacturer and is the proud producer of a naturally aspirated, turbocharged engine line up known as CAMPRO. Proton has had a significant presence in motorsports since the 1980’s due to an alliance with Petronas and EON. This partnership was the initiation of the Petronas EON Racing team which focused on rally racing in the Asia Pacific region before heading internationally.

Brisbane wreckers recognise that Proton spare parts are reliable and sturdy, with quality and effectiveness being a high priority. Due to the durability of Proton parts, Boss Wrecking has spent 25 years working to get Proton parts in stock. Proton wreckers are highly valuable and sought after by loyal customers. Boss Wrecking’s 9 Acre store is often stocked with Proton wreckers at our disposal. Work with our passionate staff to find the Proton spare parts you’re after,

Looking for something in particular?

There is a good chance we have it!!